A tour of Capri island by yacht allows you to discover incredible beauties, such as the Blue Grotto: the island’s dizzying cliffs plunge into the Mediterranean sea and, around a cove, there is a traffic jam of boats of all sizes, this is the entrance on the sea caverns.

The Blue Grotto is a sea cave, set in the cliffs of Capri, measuring about 60 meters long and 20 meters deep and it takes its name from the blue color of the waters.

The entrance of the cave is about 1,5 meters wide and only 1 meter high, which is why it can only be accessed boarding on a small rowing boat.

The blue color of the cave is the result of a very simple geological phenomenon: the sunlight that penetrates through the underwater window located under the entrance, receives the red color by the water and returns an intense blue color.

During roman empire, at the time of Emperor Tiberius, the cave was used as a marine nymphaeum, proof of this are the numerous roman statues found inside the grotto. Currently the statues are kept in the Red House Museum of Anacapri.

After the fall of the Roman Empire, the Blue Grotto was no longer visited because some popular legends described it as a place haunted by demons and it remained forgotten until 1826, when a Capri fisherman accompanied the painter Ernest Fries and the writer August Kopisch to visit it: the two Germans men were delighted and began to promote the wonder of the cave, making it one of the obligatory stops for all those who visit Capri.

A visit to the Blue Grotto is the perfect completion of a day spent around the Island of Capri aboard one of our yachts. 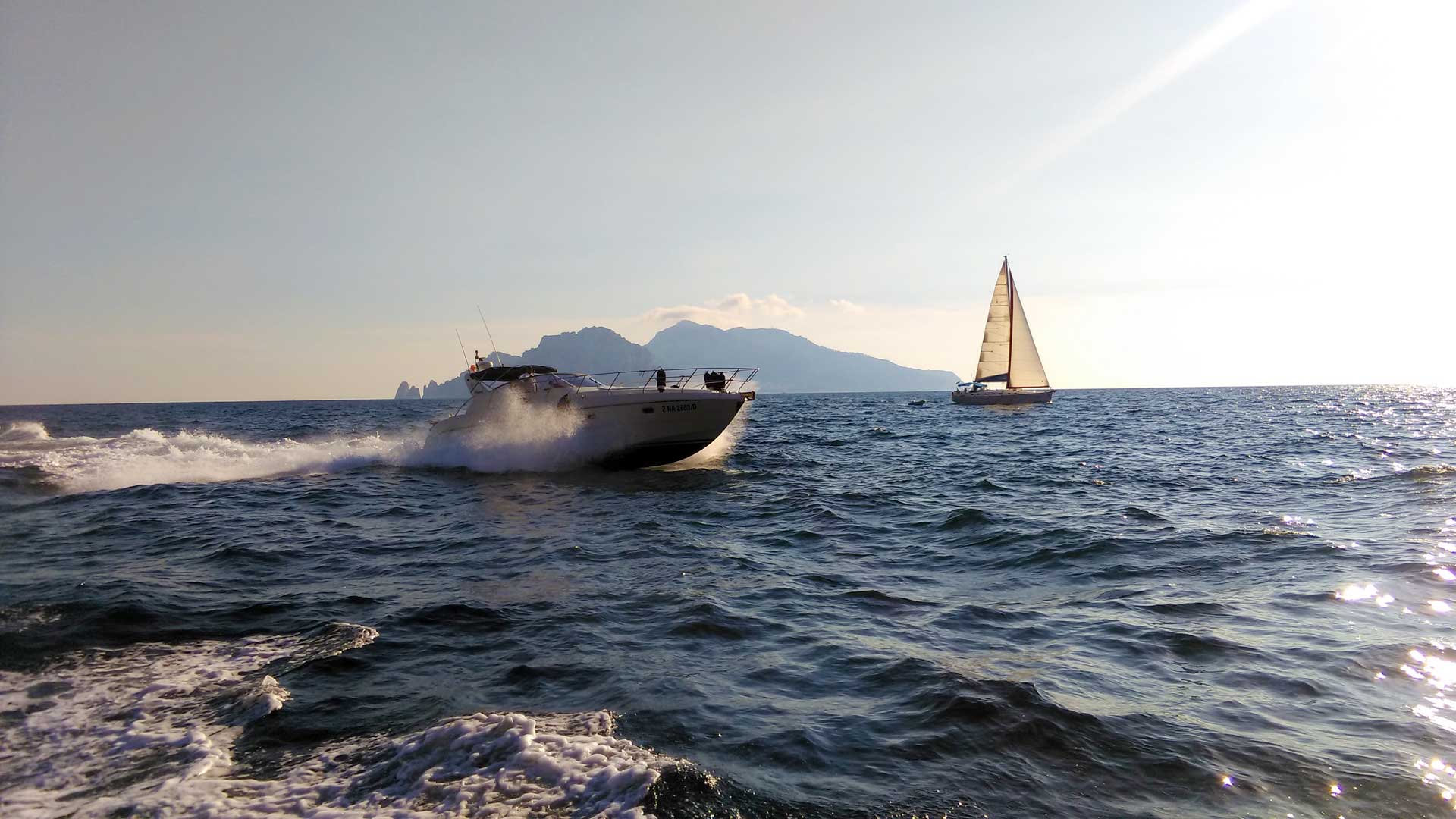 Use the form below to contact us and receive more information.

Ask for a free quote!

Use this form to contact us and receive more information. We will reply shortly.

Get a free quote.